Is Tim Tebow Being Shut Out of the NFL? 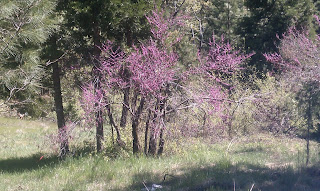 I'm going to give my opinion that I think Tim Tebow has been targeted by certain satanic groups to be pushed out of the NFL.  Tebow is an "out-of-the-box" player and personality.  He was the first Heisman Trophy winner who was homeschooled.  Tebow has moral standards that are "Christian" and he displays his beliefs very openly.  But Christians who speak openly of their faith are persecuted for it, while degenerate homosexuals are celebrated by the press and media for "coming out."  Even worse for Tebow (not really) he claims to be a virgin and is keeping himself for a future wife.  This is almost unheard of in our society today.  Usually, it was the woman who would do that; not a man.  But Tebow has managed to become an accomplished NFL star and apparently has been able to maintain his own personal virtue.

NFL Panders to the Occult

During the Superbowl half-time performances in the last few years, the performers have profusely used satanic symbols.  These shows are such wretched things to watch, that for me it takes away from the fun of the football game.  In addition, the NFL is going to pander to homosexuals who represent such a small part of their viewing population.  However, the people in Denver loved Tim Tebow as he exhibited virtue.  I'm sure he's not perfect, but his faith, good field performance, and his good personal behavior was a big hit to the fans in Denver.  But to the powers that be, there cannot be an virtue.  No, to them, they must give the viewing public more and more luciferian drivel to infect the minds of everyone who views that trash.  I actually had to turn off the half-time show in order to keep my lunch down.

No one gets a Heisman Trophy for being a bad football player.  Some say that Tebow was an unconventional performer, but the bottom line is that he won games.  He does what he has to do to win.  Tebow gets results.  But the pathetic media can't have a homeschooer, Christian man, who is not a homosexual get the fans all fired up.  No, no, no, but they will announce to the the public various homosexual players who will be "coming out" as if homosexuality were a virtue rather than a severe personality disorder.
It appears to me that the NFL (not for long) is attempting to destroy Tebow's football career by moving from one bad spot to another.  Tebow brought the Broncos to an AFC championship with many come-from-behind performances in the 4th quarter.  Regardless of anyone's criticisms, the man got the job done.  His only drawback is that he exhibited too many virtues.  If he was a some kind of pervert, he would have been hailed by the media as an up and coming star, but since he exhibits good behavior, the media will hate his guts.

Satanists in the media love debauchery, so Tim Tebow who is saving his virgin for marriage suddenly is a faiure in football?  Tebow isn't a good quarterback?  All of a sudden he is a fluke who just got lucky?  That Tebow's football days are probably over?  The media wallows in the pain and suffering of a man who believes in God.  The media skunks love Satan and hate Tebow.  Why am I not surprised?  What is interesting is that I estimate that 75-90% of the football audience loves Tebow and the example that he provides for young people.  Tebow doesn't fit into the new world order agenda of complete family debauchery and social dysfunction.

NFL and NBA to go the way of JC Penney?

I wrote an article on this blog expressing my belief that JC Penney would commit one of the worst marketing blunders in the history of man.  I'm sure they pissed off at least 75-80% of their market by hiring lesbian Helen Degeneres.  If those people were like me, I just stopped buying at their stores.  They blame the poor sales because they lacked the special deals.  People don't want the homosexual agenda shoved down their throats with aggressive promoting of the homosexual perversion.  This has to be one of the worst marketing decisions I've seen and I figured the sales would tank.  When Helen was hired as their spokes-butch, JC Penney stock was at around $35.00 per share and now the stock is at $17.00 per share.  People are being put out of work and stores are closing, all because someone told the company to pander to homos.  The worse marketing mistakes is to piss off 80% of your customers.
Will the NFL and NBA go the way of JC Penney?  I'm thinking it is certainly possible.  I enjoy football and basketball but I'm not going to watch these games any longer as I do not wish to support the satanic agenda of homosexuality.  Professional sports to me was like an escape from reality without the political and psychotic agenda of homosexuals.  Now, that has been breached, and it will be downhill from now on.  I'm not going to watch anymore games.  Because the next bunch of crap I will hear from the sports announcers is how "courageous" these players are to come out of the closet.  This is a pathetic example for young children who could be destroyed by their bad example.
To keep glorifying perverted behavior is a part of the new world order psycho agenda.  This is worse than a nuclear attack.  You can't do more damage to society than you can with the homosexual agenda.
Compare that with the uplifting adventures of Tim Tebow who set a much better example for young people. So based on what I can observe, Tebow is being shut out of the NFL for promoting virtue. I guess the saying is true: No good deed goes unpunished.  Do gooders may be punished, but evil people will destroy themselves.  I'm looking forward to the sales figures for the NFL and the NBA..I feel another JC Penney coming down the pike.

Update: June 11, 2013  Tim Tebow just signed with the New England Patriots and I wish him well with his new team.  It looks like a good fit for him and now I'll go ahead and continue to watch football games.

Related:
The Downside of Homosexuality
You We Not Born That Way

Walter Allen Thompson is the author of The Grace of Repentance: Keeping God's Commandments
Posted by Very Dumb Government at 3:27 PM