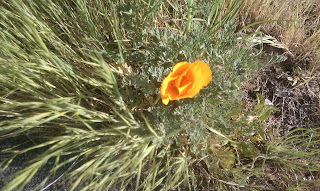 Having been in sales and marketing most of my career, I have always known the fundamental principle of not offending or pissing off my customers.  Whether it was when I owned my own manufacturing company or whether I was just a sales rep, it was always obvious to me that you never offend your customers.  However, I have seen corporations shoot themselves in the foot by making ridiculous rules for their sales reps as if they were shooting their own race horses.  In the case of J.C. Penney, this company screwed up so bad, that the results were even worse than what I expected.  I have never seen such a marketing implosion of a corporation that was so massive in its size as the one with J.C. Penney.

Some are blaming Ron Johnson because he doesn't seem to know much about retail.  I just don't believe than anymore than Tim Tebow all of a sudden forgot how to throw a football.  The real culprit in the sales decline, in my opinion, is having Ellen Degeneres (French word for degenerate--they tell you who they are) as their spokesperson. Many people were offended by this display of pandering to the homos and many people decided to stay away from the stores.  The company paid a very heavy price for their stupidity and it look like the corporate equivalent of a Jim Jones punch bowl party.  But would they admit that?  No.  They try to blame it on the lack of coupons and discount sales.
It gets worse.  Now they are putting out even more idiotic advertising "apologizing" to the people and they are almost begging them to come back to the stores.  In looking at the comments section of this YouTube link, other people are blaming the decline of sales and stock prices directly on the choice of their spokesperson.  I wonder how much money are they willing to lose in promotion of the homosexual agenda?

It seems to me it would have been much easier to have never allowed a politically explosive issue has homosexuality to become a part of their marketing program.  Most people who are heterosexual are sick and tired of having homos push and shove their agenda down our collective throats.  Most homos are obnoxious, nasty, and they are extremely perverted in their behavior.  These people are sick in the head if only because they are proud to be perverts.  But the people who would normally spend their money and JC Penney were extremely offended by this ad campaign and they stayed away from the store in droves.  People stayed away because they were upset over the homosexual message.  The easiest way to protest this nonsense is to simply stay away from the store, and this is exactly what happened.  Most people are just sick and tired of hearing about homosexuals and their stupid agenda.  The only intent for this is to destroy the family and thereby destroying society.  And that's what is so idiotic that JC Penney would offend 70-80% of the customer base that would normally shop at their store.  This is what I call Suicidal Marketing 1.0

What happened is that people were so offended by the use of homos in their marketing, that they simply stopped going to their stores.  And really, that is the best way to protest; just stop spending money in stores that offend your sensibilities.  I always used to shop at JC Penney and I haven't spent a penny there since this all started.  There were some organized and unorganized boycotts, but the fact is their sales went down because people just aren't going to support a company with such low moral standards.  If I find a company that is offensive to my moral beliefs, I simply do not spend any money there if I can get the items somewhere else.  With all of the choices in retail sales, I can generally find the same items at another store that doesn't offend my sensibilities.

Professional sports have been relatively homo free with the exception now of the NBA who had a player who "came out" as a homosexual.  Will the NFL be next?  Will they drink the poisoned punch of the homosexual agenda?  Professional sports are popular because these games are the one place one can go and forget about things for awhile.  But once these sports leagues decide to promote the homosexual agenda, they should expect the same percentage of sales losses that we've seen with JC Penney.  It will be interesting to see how all of this plays out.  Suicidal Marketing 1.0 is all about destroying your own market and JC Penney is a textbook example of what not to do with your sales and marketing.

Walter Allen Thompson is the author of The Grace of Repentance: Keeping God's Commandments
Posted by Very Dumb Government at 7:47 AM