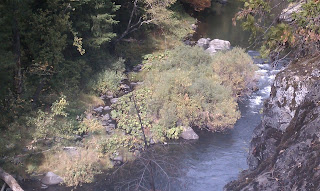 Authority by power backed up by violence
Ultimately, the people in charge are the ones who exercise the most violence.  The people in government and most religious groups have no problem committing murder to get their way with men and women.  Millions upon millions of people have been slaughtered in the name of the state, STATE, or State.  And to what purpose does it serve to murder people.  To the statist, it means that they can control almost every aspect of a man's life just because of the threat of violence.  And that's how our government works today.  Some say that government is a necessary evil, but I say that evil is never necessary as evil produces nothing good for anyone.  I don't think the God who created us intended for us to live in so much misery, if he did, then everything he created would look bad and be a miserable experience to live in.  Most people want to live; that's what we do.  The idea of killing or injuring someone is repugnant to most people.  Killing people seems to be the general mode of operation of all governments.  They do it in many different ways, but the end result of government is chaos, destruction, and death.

Authority by lies
The lie is the most destructive tool in the arsenal of government.  With the lie, they are able to twist and distort the facts and get millions of people to believe in things that are destructive and evil.  There seems to be no end to the lies.  One of the most disgusting ways government lies is that they write their "codes" or "laws" with redefining words to mean one thing when another is intended.  This also makes it virtually impossible to have any rational discussion in any court and I doubt that many lawyers understand it.  In order to discover the true intent of any legislation, one has to read the definitions first.  In some US Codes, the same word or group of words can be defined and redefined many times over.  The words "United States" is defined with untold multiple meanings.
So, by what authority does anyone's scribble have over any man or woman?  I don't think it has any authority because that authority has never been established.  The words are changed into terms and we have the odd experience of truthfully being lied to right in front of our collective faces.  Thus, it is almost impossible to attempt to understand any of their scribbles when the definitions of words are changed into "terms."

Authority to steal
The government steals from the substance of the people by way of taxes.  Taxes are simply stealing in the name of the state, STATE,  or State.  Whenever the substance or the fruit of a man's labor is taken by one group or another, under the natural law that would be stealing.  All men are entitled to all of the fruit of their labor.  This is a natural law as well as a scriptural one.  Mankind's existence does not depend on the state; thus, it would seem that taxes are not necessary for the existence of anyone other than the leeches that occupy the offices of the government.  The government seems to have a way of making the unlawful; lawful with their statutes, codes, and regulations.  Income tax is just a slave tax that steals from the labor of those who work for a living.

Abandoning responsibility over a person's life
Most of us have learned that we need authority over our lives in order to have a functional society.  However, just looking around my world, I see little to no benefit to government as we know it because government is not capable of improving anything, unless it is to fill their coffers with "other people's" money.
I think the reason why these authorities are so much a part of our lives is that we don't want to the responsibility to live in a manner where we simply take care of ourselves and make our own way.  We listen to doctors, lawyers, financial "experts", teachers, police, and a whole array of "professionals" to tell us what to do and when to do it.  The problem comes when the population stops thinking for themselves and relies upon these "professionals" to guide their thoughts and actions.  Many people don't like to think for themselves and they don't want to do anything for themselves.  They would rather have these professional liars make these decisions for them.  It is the ultimate system of intellectual laziness.

Divine Right?
Many political and religious leaders have made the claim that they have been appointed by God to be his representative on earth, and that the people should obey him.  However, I don't believe God would be that stupid to allow any one man to have that kind of authority.  And by looking at their actions throughout history, the evidence of their poor behavior shows that God gave them no such rights.

Authority of natural law
Natural laws have worked just fine and continue to work since the creation of the heavens and the earth.  There's really no disputing the natural laws as they are what they are and they will continue to be that way forever or until the end; whenever that may be.  So when I hear a commandment from the scribble, I then look to nature and see if I can confirm it.  If I can, then that's what I use and I don't worry about the things I don't understand.  I simply set those things aside until I get the correct understanding of the issue.  I have found this to work the best because I seem to make fewer errors.  I don't like to listen to other men any longer, I simply pay attention to the things that God created and try to live within the boundaries of natural law.  The things that truly established are the true authority the way God created it.

Conclusion
If a government cannot stay within the boundaries of natural law, then it truly has no authority and it is not good for anything.  The endless cycles of wars and mayhem are the evidence of no authority.  God made everything just right, so who are we to establish something that is contrary to peaceful living?  Using the government as a social pacifier is not working and the end result will be more pain and suffering.  It's much better to keep ones life within the boundaries of what God has intended and to simply discard the rest as useless garbage.  How to make that happen is something I'm working on, and I think about it almost every day.  I wonder what life would be without these maniac govtards killing and stealing from people.  Therefore, any government that cannot stay within the natural order that God created has no reason to exist.

Power of the Commandments and Natural Law