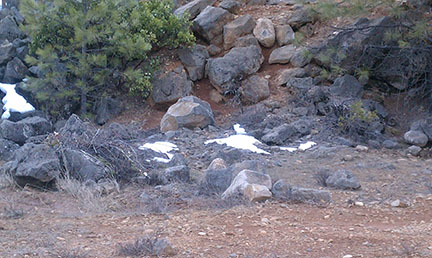 
The main problem with religions is that I believe that they are all corrupted in some form or fashion. And I also believe that they have little to no value to mankind as it isn't possible that they reflect God in any way.  If you take any of the writings whether they be the Bible or the Quran, every group or sect will corrupt the meaning of the text; assuming the texts are even accurate.  My experience is with Christianity but I have read the Quran, and I suspect that Islam is just as corrupted as anything else.  What stands out to me is that I don't think God established any of these religions, because I don't think he is that stupid or inconsistent.  We all have to live in the same environment and breath the same air.  We are all subject to the natural laws such as gravity, so that in my view, there can only be one god and there is only one set of laws by which mankind is governed.  I suspect that the commandments that mirror the natural laws are the ones that work well for everyone.  I suspect the reason for the hatred of Islam stems from the bankers who what to put the Middle East under the system of usury and interest.  My guess is that is the real reason Libya and Iraq were both destroyed.  To their credit, Muslims actually understand that usury is a sin and they don't have it in their banking systems.  Usury/interest violate the natural laws.  While most religions have a lot of good things in their teachings, it is my opinion that those good things are used to cover up their evil intentions by creating chaos and discord where none should exist.  A lot of Muslims are masonic freaks too; just like the so-called Christians.  I'm of the opinion that religions sow more discord throughout the world than most anything else.

Religion is like a car that won't start. No matter how many times you turn the key, the thing won't get on the road.  It just sits there in a clump of mind-numbing poppycock.  I've never seen religion that accurately conforms to their own teachings or the alleged "word of God."

I give up on religions as they are not worth the aggravation, but I do believe in God and I think his commandments and the natural laws are the way to improve life--religions do not do that.
Spiritual ideals must always be tested against the commandments which are in harmony with natural law.  It is just too easy to stand up and say the most evil things and then state that God is speaking.  Millions of people have died because of this stupidity.

I have to give credit to Muslims in that their women are more attractive in a lot of ways because they are more modest in their appearance.  I'm not talking about the burka, but in general, they just seem to have a more modest and pleasing in appearance than the western culture of T and A.

What we should be looking at is the conduct of the people in these groups and then match them up with the commandments and the natural law.  If their conduct is good, then maybe they have something good going for them; but it is probably a result and fruit of their good conduct and not the religion.  But unfortunately, my experience with religions is that they are all corrupted.

Getting closer to God?

If there is one thing that fulminates hatred among mankind, then it is religion.  And following a close second it would be bad government. (I've never seen good government.) And many times, one cannot tell the difference between government and religion.  Both government and religion depend upon a set of written rules--which I call scribble--to lay an extremely inconsistent foundation of so-called "laws."  However, it has been my experience that there aren't too many people who can sit down and read that garbage without walking away thinking that the government and the religions are completely insane.  How can one get closer to God with such nonsense. The telltale sign are the gross inconsistencies of the scribble and the actions of the players.  I do not believe that religion is a refuge for the spirit or the soul.  The only refuge that I see would be that of the God who created all of us and his natural law.

The only refuge I see is the God who created us and his natural law.  Natural law is the only valid law because it can always be confirmed; it cannot be counterfeited like a scribble.  Natural law works extremely well 24/7 and none of us have to guess what it means.

Compare that with religions.  They have holy water, genuflect, kneel down with their butts in the air, have multiple hand signals, jump up and down looking for a spirit of some kind, reading scribbles upon scribbles, lighting themselves on fire, worshiping animals, singing songs, lighting candles, making statutes, a multitude of symbols,  and the nonsense is endless.  To what purpose do these things serve?  Does anyone think God himself, the creator, actually instituted all of these different religions?  Apparently they do otherwise they wouldn't exist.

Because my experience is mostly with the "Christian" religion, I have seen so much doctrinal error in every group that it boggles my mind how people can attend these groups.  What I found was an almost complete disregard by pastors for the text of the Bible and what it says.  So where ever the truth lies, it certainly wouldn't be within any religious group that I am aware of because I have examined their doctrines and have found them wanting in consistency.  The way I see it is that there can only be one true way to believe in God and whoever has all of the truth is the one that gets it right.  We are all created in the same way and we are all subject to the same natural law.  This is why I evaluate a religion with their consistency with natural law.  I have found all religions that I have examined wanting in common sense and right reason.  And false religious rituals will create all kinds of problems, so why do them?  So here's what I do when considering a group:
My thinking here is that religions seem to take a lot of the truth about God and then twist it to their own agenda and advantage, thereby making the religious experience worse than not having any of it.
Every time I joined a religious group, nothing but trouble came my way.  Things went wrong, and all kinds of nonsense infected my life.  Once I got a brain, and withdrew from religion, everything got much better and life is now more peaceful.  But I didn't withdraw from the God who created me.  But I have to accept the fact that I don't know everything and that the real learning about God, doesn't accurately come from any book, but it comes from living a good life within the natural law.  That's my experience and that's what I have seen.