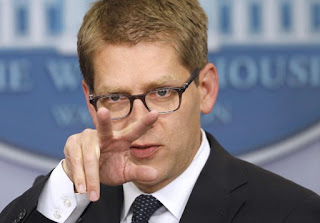 One of the things I've noticed about all these jerks in government, religion, and the media is their tendency to use satanic hand signals.  I suppose this is a way the Luciferians warn or disclose to us who they serve.
Usually, these hand signals are  either the middle finger and the index finger that are formed in the letter V, or the index finger and the little finger are formed into a horned shape.
I actually appreciate that these people identify themselves right off the bat, so I don't have to find out who they are the hard way.  For instance, in recent photos of Herman Cain, he's giving the two fingered finger with both hands, just like Richard Nixon did back when he was president.  I'm assuming that Herman Cain must be some form of Luciferian or a freemason.
In fact, there are many public and religious leaders who use these hand symbols and I hope they keep doing it.  I appreciate the disclosure so I can make sure that I can adjust my thinking when I encounter them when I am reading or see them on the internet.  I don't have to waste my time listening to their nonsense or bull shit.
What are these people accomplishing by giving us the two-fingered finger? I interpret these hand signals as saying that they are arrogant devil-worshipers; they are simply in our faces with this garbage.  It doesn't matter if they are liberal or conservatives; many of them seem to be doing this.  We see actors, Hollywood stars, musicians, and supposedly successful people giving us the two-fingered finger.
One day I had a Pentecostal freak walk by me and give me the two-fingered finger.  I asked him to stop doing it because it is a satanic symbol, and for him to stick it somewhere else.  As I turned my back and walked away, he started doing it behind my back.
I was talking with someone about the occult one morning, and I looked down at her hand and she was giving me the two-fingered finger.  Which is very helpful to me because I know now to stay away from people who do it.
I'm not going to post any of the pictures as they are readily available on the internet.  But these hands signals are a big help to people like me so I know who these people are and to make sure that I stay away from them, nor do I listen to anything that they have to say.  They are worthless wretches and even listening to their drivel can distort the mind.  They are losers and will always be losers as long as they keep serving the desires of Satan.
That's why it is very important to be consistent in keeping God's commandments that conform to the natural law.  When you see the two-fingered finger, just know that nothing good is going to come from that person.  They have nothing to say that will do you any good.  If they manage to do something good for you, they will twist it into something evil.  The best thing to do is to appreciate the fact that they disclosed to you that they are of the devil and that you no longer need to engage with such people.

When we see these kinds of hand signals, I was told that in the case of the V sign, that is a curse directed at the person receiving it.  These hand signals from what I can tell do indeed seem to put a curse upon the ones receiving them.  The best thing to do is to separate from them and stay away as they will attempt to bring us all down with their stupid nonsense.  These hand signals are also warnings so we should be able to recognize a Satanist when we see one.  Once these people are recognized, the best thing to do is to stand aside and try not to engage them.  If they start asking questions, try not to say anything to them.  The reason is that they will control the conversation by asking the questions.  Remember, you'll be talking to an idiot who is extremely immature.  None of us need these kinds of people in our lives.  They cause nothing but trouble and they should always be avoided.
When I was in prison, some inmates would flash me this sign and I would call them out on it.  They would back off and then do it again.  I'm thinking this is how they think they are putting curses upon people.  Most people in government and religion are spiritual perverts and anything they say should be taken as the excrement of a male cow.  I've saved myself a lot of trouble by not engaging those people who seem to gravitate toward the occult.  Again, if someone flashes you the tow-fingered finger, make sure you stay away from them.  Nothing that they do will get good results.

Hillary Admits that ISIS was Created by the US Government

I suspected that the people who vote are going to get fornicated once again.  The only thing that changes is the calendar.

Roger Stone is an author and former political operative for Richard Nixon, Ronald Reagan, and Donald Trump.  Here, he is being interviewed on the Alex Jones channel and we can see Stone wearing a shirt with the skull and bones emblem.  As I've said before, they always disclose themselves quite publicly.  People who use these symbols are disclosing who they are thus eliminating the need for a lot of research.  Just look for the hand signals or other symbols of evil.
https://youtu.be/id5spWru2Ko
Stone giving the Two-Fingered Finger Nixon Style  Remember, Nixon was a communist but had the public persona of an anti-communist.
Beware of the information you take in when it comes to politicians or their advisors.