Teaching and Power: The Fruit of the Tree 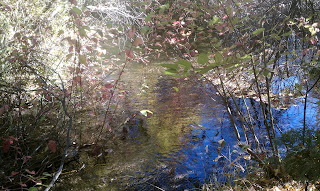 One of the things I've learned over the years is that I have to judge things based upon truth.  If I make a judgement about a person, I have to do it based upon not only what he says, but also, by what he does.  The words attributed to Christ that essentially says that one can tell a tree by its fruit.  I wish I had known how to use this principle earlier in my life, but I'm glad to have been able to learn it.  I'm going to describe how this principle can be put to good use.
I know that a bad tree cannot give good fruit or a good tree will not produce bad fruit.  If I apply this principle to people that I encounter, I am able to better judge them; mostly by their actions.  I try to never judge a man by his physical appearance with the exception of his face.  I don't look at the face if it is handsome or ugly, but rather, what expressions give away his inner countenance.  I remember meeting a man who had the most sour look on his face.  I took note of it and I always avoided him.  Later, he was caught doing three bank robberies in one day.  I knew by the expressions on his face that this was someone I didn't need to be around. In this case, I was right.
People who lie always produce bad fruit.  When a person lies to me, he distorts  my own thinking.  That's why I now find politics and religious people so disgusting.  It seems like they aren't happy unless they are lying about something.  Thus, if you find any of them lying to you, there's no reason to engage them any longer.  There really isn't any reason to vote, nor is there any reason to go to their meetings.  Disinformation will always send a person down the wrong road, take the wrong turn, and get to the wrong destination.  The person is the tree; the fruit, in this case, is the lie.  It's a simple concept, but many of us don't use it.  We believe things that people tell us and then we get upset when we find out that someone lied to us.  People are what they do, and all one has to do is to observe it.
Most governments and religions that I am aware of deserve to be flushed down the toilet.  These organizations are only the false authority for evil people to kill many men, women, and children.  People shouldn't define themselves from these lying despots and false teachers, but should define themselves and their morality from God's commandments; not from men's laws.  As we can see right now given the current events, that with government and religion being the tree, we can see the bad fruit coming forth.