On Reading and Writing 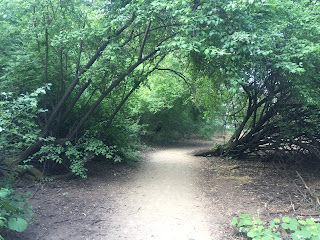 A few months ago, I finished my first book called: The Grace of Repentance: Keeping God's Commandments.  And when I finished the book, I realized just how dangerous putting faith in any writing can be.  And as we see the growth of the Quran and the apparent corruption of the Bible, it started to settle in my head that the scribble only has at best, secondary authority for anything.  The scribble (writing) is only as good as the truth it reflects.  The written law, for instance, is only as good as to the consistency in which it is enforced.  The biggest problem that I see in all of this is that the reader has very limited ability to confirm any writing of history because it is always written by the one who is in power.
Reading and writing have the power to completely distort a man's mind.  If just one lie or even an unintended misinformation is taken in, it can completely distort a man's thinking from reality.  Since my experience has been with the Bible, I have seen just how easy it is to distort the intent of the writing by simply adjusting the text to fit the agenda of the writer.  And the result is that chaos is put into a man's mind and his thinking becomes so distorted he doesn't know what is right or wrong.  Any action taken by that writing can get him into a lot of trouble.  Because the action that he takes based on false information will usually be one that he doesn't really want for himself.  He does it because it is written down.
A man is only responsible to fear God and keeping His commandments. And by following the commandments will always end up with a good outcome; disobeying the commandments always has a bad outcome.  If I am told by someone that I don't have to keep the commandments any longer, then I am being misinformed.  And if I act upon that misinformation, I will receive even more trouble.  This I know to be true because I have experienced it.  Every time I have relied upon a writing, at least in a spiritual or political sense, without testing the veracity of it, I have always been the worse off for it.  For instance, if I read: "In the beginning, God created the heavens and the earth", I know that is true because there can be no other reason for the existence of the universe and those living things upon it.  So, I don't need a bible to tell me that God created it because I can see the evidence of the creation itself.  I experience my own existence as I am continually conscious of it.
Conversely, if I study the evidence of the theory of evolution, I can see that it is completely without merit and is about as stupid as anything can get.  However, if a bunch of the brainwashed scientists decide to write evolution down in a scientific journal, many people will look to the writing as an authority in and of itself.
Here is the problem I see right now.  People tend to give too much authority to something that is scribbled.  Just because it is scribbled doesn't mean that it has any veracity.  The only way a writing can have any authority is if what is written is the truth.  Anything less than that makes the document false, unusable, and completely good for nothing.
So when considering religious or political ideas the scribble only has authority if it is true or it is true in its practice.  The teaching must always have a high moral standard that complies with the natural order.  Any bible or constitution is of no value if the moral principles they reflect are not honored by those who put themselves in authority.
I have come to the point to where I don't like to read as much as I used to because I really don't know what kind of material I am learning or whether it is even true.  How can I believe anything that a corrupted religious or political leader writes unless I have another way of verifying the information?
Any writing must be looked at critically before it is believed or even used.  In my opinion, we all should be much more critical of what we put into our minds so that we do not distort reality and truth.