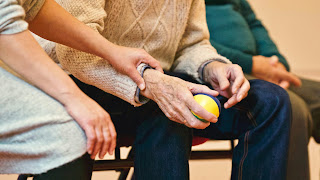 A few months ago, I lost a good friend to the Covid nonsense and the extremely poor medical treatment that he received at a local hospital.  It took almost 8 weeks to send him into eternity, but that was plenty of time to drain his insurance benefits.  He and I got along very well, although, he would disagree with me on some issues.  What was different about him is that after we would argue about something, he took the time to do his own research.  Many times, he would come back to me and say: “Remember when you said xxxxxx?”  Usually, he would say I was absolutely correct.  We never got into verbal fights and if we disagreed, we could still sit at the bar or restaurant and have a few drinks.

The last two times I spoke with him over the phone while he was at the hospital he told me that every thing that I had said about the bad medical system was twice as bad as I had stated.  But he was stuck in the hospital and was essentially a prisoner at this medical facility.  Visits from friends and family were very limited so it was hard for his wife to be an advocate for him with such limited visiting hours.

Here’s what happened to the best of my memory.  About four or five months ago, he received a Covid shot from the VA hospital after I had told him never to get the vaccine.  Other friends of mine told him the same thing.  However, he was a reserve for a military branch of the Navy and apparently he was told that if he didn’t receive the vaccine he would have to resign.  He was 81  old and the last thing he needed was to take a jab from the poisoned needle.  He eventually told me that he got vaccinated a few months later and I got pissed.  He was very proud to be a part of the military although he had limited activity because of his age.  He was in the reserves.  But just like other employees from other corporations, he became a victim of the extortion tactics used by government and corporations to compel obedience.  I told him that he’s probably not going to have a good outcome.  Unfortunately, I was right.

It all started when he thought he was having a heart problem and called an ambulance to take him to the hospital.  When he got there, he was left by himself for 30 hours in a closet area before he got any “medical care.”  During that process, he tested positive for Covid.  If that wasn’t bad enough, he then came down with pneumonia.  He was trying to recover from the pneumonia when he got some kind of bowel problem which resulted in him receiving a colostomy bag.  He was also having blood clots that were coming out of his rear end.  It was decided that he needed a colostomy bag thus he needed surgery.  If the colostomy bag wasn’t bad enough, it started to leak creating the need for yet another major operation.

Remember, all this crap is being stretched out over 8 weeks and his stay at the extermination center tortured the poor man for eight weeks.  I cannot imagine the pain and suffering this poor soul received.  He was put on morphine, probably from the beginning, and that’s what they do because the pain from the medical care is too much for anyone to bear.  But the morphine demoralizes the patient and he goes into a state of despair.

This is a tragic example of a man who was lied to by the government, only to go to a hospital for a very slow execution.  Where is the government loyalty to this man when he needed it?  Since the government is a collection of liars, thieves, sexual perverts, and tyrants, the truth shows those very bad results.  But my friend believed in the "system" that failed him when he needed it the most.

My friend got the "Covid" after he got the vaccine which in turn set the rest of the problems in motion.  He was subjected to the big lie that vaccines are a valid medical procedure.  Just to be clear, I oppose the use of vaccines under any circumstances.  To inject any of these chemicals in a perfectly healthy body is stupid and insane.  It is even worse if the patient has other medical problems.  Only a real asshole would suggest the use of vaccines.  I believe that my friend was murdered by the death-care professionals, but not before he suffered 8 weeks of unbearable pain and suffering.

No valid medical system should tolerate this demented kind of treatment.  It is so bad that we have to realize that they are doing this on purpose.  Reports are coming in from all over the world that show that the medical system is being run by a bunch of thugs.  Years ago I had an MD say: “Don’t go to the hospital, they will kill you.”  At the time I was shocked by her statement as it was a few years before Covid.  As it turns out, she was correct.  This crap has probably been going on long before the Covid.  The medical system as I understand it now is more of extermination death camps.  Sure, they do some good things.  After all, they have to make it look good.  But overall, these are places that people should think twice before using their services.

Abomination of Vaccinations: The Poisoned Needle

Walter Allen Thompson has a  book called Natural Law: The True Supreme Law of the Land

Posted by Very Dumb Government at 10:57 AM