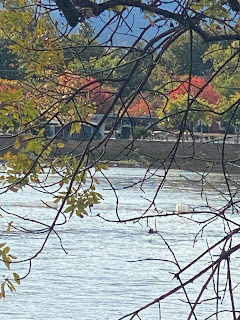 The only law that has been consistent throughout the ages is the natural law because it is the law which the real God created.  It doesn’t matter what culture, type of government, style of religion, race, creed, or science.  The natural law applies to everyone the same way and all of mankind is subject to its moral order.  Morality is within each man, woman, and child.  It is a latent knowledge of right and wrong; good and evil.  I have found that abiding within the natural law will get me good results.  If I don’t, I’ll get bad results.  I wish I had learned this when I was younger as I would have had an easier time of living.  I’m almost 75 years old and I’m much happier now than when I was younger because of this understanding of the natural law.

Natural Law is not a Theory

No matter what any so-called scholar says, the natural law is not a theory, but a place where the facts of life are self-evident.  The natural law doesn’t lie.  Sometimes we might not know the correct answer to a question and in that case it would be better to put it aside until the proper understanding comes along.  I always try to keep in mind that the real God created it for us to live in peace and happiness.  This is something the “new world order” cannot achieve.

Source of the new world order

The new world order is built on an rotten system established by the Evil One; Satan or Lucifer.  In fact, a new world order leader actually states the following: “No one will enter The New World Order unless he or she makes a pledge to worship Lucifer.  No one will enter the New Age unless he will take a Luciferian initiation.”  (I’m not going to post this idiot’s name here on my blog.)  This is where on of my pet peeves comes into play.  I’ve been warning people for years to stop swearing oaths.  My blog is full of articles on this subject.  Swearing oaths is a form of lying and that violates the natural law as it make people do the wrong things and then get the bad results.  Many government forms want us to sign “under the penalties of perjury” which is a form of an oath.  Perjury means lying under oath.  If you signed the document then it means you’re already a liar.  Nothing but really bad shit will come from doing it.  This is a perfect example of the nonsense of the new world order.  If you are an oath taker, you are just like the people who swear to Lucifer directly.  Oath taking should always be avoided because it creates lies which in turn creates more pain, suffering, and chaos in the world.

Governments of No Authority

In every situation, there is a right and a wrong; good or evil.  Since governments are established on the principles of Satan, they can’t really do any good for anyone because the foundation of the existence is evil.  If any government asks you to sign documents “under the penalties of perjury” it has no authority to do it because the act in and of itself is evil.  Evil has no authority.  If we look at the bad fruit of government just in the last 200-300 years we can see that they cause more trouble than their worth.  World War 1 and World War II come into mind as it was the governments who established the reasons for war.  Just because a group of men want to establish a government, it doesn’t mean they have any authority to do it.  And if they establish any government, they do not have the authority to violate the natural rights of anyone.

Communism is present in almost every government on earth.  Progressive income tax is the 2nd Plank of the Communist Manifesto.  This means that if a man works for his living, then the government takes a certain portion of it for their own use.  The problem with this is that in the natural law, a man is entitled to all of the fruit of his labor.  Anything other than that is a form of slavery if anyone forcibly takes money from another whether it is through intimidation and extortion, or just plain theft.  Income tax a a form of slavery which is also against the natural law and violates a man’s natural rights.  A man doesn’t need a constitution to define his rights.  Rights are a part of the natural law and cannot be governed by anyone other than the real God.

Property tax is another way of communist theft of the people.  They think that they own their homes but the facts show that if they don’t pay their property tax, then their home can be eventually confiscated for non payment of the tax.  This means that the ultimate owner of the property is the State, STATE, or state.  The “owner” has more of a right of possession but never truly owns his property.  Thus, there is no real private property.  It is all controlled by the State, STATE, or state.  The style on this issue is more fascist which is basically the same as communism but the style is a bit different.  However, the substance is the same; communism.  More example can be seen here: Lipstick on the Communist Pig

People are not Animals

Again, at the expense of constantly repeating myself, no government has the right to infringe, take away, obstruct, deny, or interfere with an man, woman, or child’s natural rights.  Mankind is not a group of animals nor are they “human.”  Mankind did not come from apes, and that’s how the word human is defined.  A man who is a “bipedaled primate mammal.” Now you know why evolution is taught in the public schools and even in private schools.  To the people in the government men and women are a type of livestock or animals who have no rights.  Only men, women, and children under the natural order have rights of which government routinely violates. [I’m Not Human]

My experience with religion has been awful.  I grew up a Roman Catholic but then in the 1980s I became part of a non denominational church.  They put on a good show but their doctrinal teachings did not line up with their scriptures.  I desperately tried to find a church that had consistent doctrines with the Bible and I could not find one.  Once I left this church my life got better and I could function.  Another example of natural law.  If we disassociate ourselves from evil organizations are lives will get better.

If there is only one real God, then how can all these religions be valid?  The biggest problem that I see that all of the various religions are gateways into idolatry.  Idolatry will cause immeasurable harm to the spirit and well-being of anyone who does it.  In my view, I can’t see anything good that comes out of any religious writing because of the fact that the facts cannot be checked. To study history is to study opinions.   I don’t want to suckered into worshipping a false god.  I’ve done that already and I feel stupid when I think about it.

The worst experiences of my life have been dealing with the medical nazis and the stupid viruses, vaccines, mask wearing, socialist distancing, and the death of some friends.  The current medical system is in shambles as even many doctors and nurses refuse the evil vaccines and for good reason.  These so-called diseases have a survival rate of 99.75% yet the govtards want to shut down everything and vaccinate everyone.  The medical system is one big fraud.  Yes, they can do some good things, but that’s only to cover-up the underlying evil. After seeing family and friends die in these hospitals, I can only say that I have never seen such evil in my entire life nor did I expect to see things like this.  We all are witnessing an almost complete moral implosion which will destroy society if the “new world order” is allowed to continue.

Don’t Be Afraid to Judge

Make sure that the first person that you judge is yourself.  Judge yourself using the natural law and if you find something that is not right; correct it.  It is easier to look at oneself first and take in some moral inventory.  You can judge others by observing the facts and how they behave. The results will tell you most of what you need to know.  People show us who they are by their behavior and the things that they do.  If they are evil, then there’s going to be a problem.  Don’t let other people do your thinking.  Get as many of the facts as possible and then make sound judgments using right reason, common sense, and the truth.  Once we have the truth then we can make sound decisions on how to move forward.

A perfect example of this are the people who are threatened with losing their jobs if they don’t get the jab.  No jab; no job.  I’d rather have to no job because I can always get another one even if it is at the low end.  Especially since this type of requirement is a form of extortion which also violates the natural law.  It might be difficult at first, but your moral response will make everything much better because you did the right thing.  Remember, the “new world order’s technique is to establish fear into the hearts of men and then get them to make bad decisions.  The “new world order” is already defeated because of its moral depravity.  We shouldn’t want to “go down with the ship.”  Do not comply with anything that is immoral.

Notes on the Natural Law

Posted by Very Dumb Government at 10:49 AM