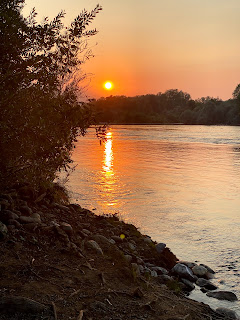 Some of the most immoral institutions on the face of the earth are centered on government and religion.  Neither one belongs within the natural law because it does not conform to the natural parameters established by the real God.  These “institutions” are founded on oath-taking and it is the swearing of oaths that curses these organizations.  Once the oath is established, it is downhill from that point.  No one can argue with it because the facts of the evil these institutions produce is self-evident.  The people who run these institutions are assholes and they are full of bullshit.  There is nothing good about them and it is better to avoid them as much as possible.

In my opinion, I think the best way is to be more focused on the morality of everything and that we adjust our thoughts and actions based upon right and wrong.  The foundation of evil does not depend on any culture, custom, institution, or religion. Right is right; wrong is wrong.  So, when we make our decisions on a course of action, we should always be asking ourselves: “Is this right?”  If  the action is right then it is right for everyone on the earth.  If it is bad, then there is never any justification for any evil.  These judgments should always conform with the natural law and that law is given to us from birth.  We have a latent knowledge of it but the nonsense that surrounds us seems to get more influence over our decision making.

Wearing a mask is immoral

For example: Should a man, woman, or child wear a face mask?  It is right or wrong and does it save lives?  Should we wear one to be good citizens and protect others from infection?

Upon studying this issue I conclude that there is no reason for anyone to wear a face mask out in public.  The only medical benefit is that wearing the face mask is like putting up a chain link fence to keep out the mosquitoes.  It doesn’t make any sense and breathing one’s own exhaust cannot be a good thing.  I recently spoke to a store clerk and he told me that he doesn’t feel good working with a mask all day.  Workers are being extorted to wear masks so that they can keep their jobs.

The wearing of masks is just plain evil.  The wearing of a mask presents the appearance of a man as one big lie.  It presents the man as someone that he is not and this is very evil.  Of course, lying is immoral, thus, it only makes sense to never wear any masks for any reason unless there is a justified emergency.  In the case of this virus nonsense, there is no medical emergency that would require the whole population to wear masks.  But the government doesn’t care about the facts.  What it cares about is their own power to do evil and destroy the life that the real God created.  The mask wearing distorts the appearance of the man or woman and it helps to instill fear into the whole population.  This is what communist-fascists governments do when they want to take control over everything.

By using simple logic and right reason, the wearing of masks has no place in any society and it shouldn’t be done.  There is no upside to wearing them.  Thus, when making the judgment using the natural law, there is no justification whatsoever in wearing a mask.

In using the natural law, it is immoral to wear a mask and no one has the authority to force anyone to wear it.  The reason so many workers have to wear these masks is because the business owners “require” it but they are opening themselves up to liability if these workers become sick from the breathing in of their own exhaust.

Another good example of using the natural law is the subject of income tax.  No one should ever be taxed on their earnings.  If a man works for money, then he should be keeping all of it; anything else is theft.  And theft violates the natural order.  It is also a form of extortion in the way it is collected because the people fear opposing the tax collector who is nothing more that a thief with no morals.  Remember, any law that is immoral is no law at all and it has no authority.

Whenever a man is given an immoral order or notice from the government, then it is his duty under the natural law to refuse it by objecting and just saying no.  Your reasoning for your objection is that the order violates the natural law and it offends the real God.  All government rules and regulations are governed by the use of sorcery and witchcraft.  The courts are one of the most filthy parts of any governmental system, and they operate on oath-taking.  Again, it is the oath that sets everything else on the skids to hell.  The alleged “new world order” is attempting to destroy what the real God created and set up the false god called the STATE, State, or state.  The state doesn’t have the authority to override the authority of the real God who made everything.  The old pathetic saying: “I’m just doing my job” doesn’t fit within the natural law if any action that is taken becomes immoral.

Problem I see with religious writings and religious groups is that their doctrines are all over the place and their teachings are very inconsistent.  An inaccurate writing will tell a lie to the reader and it could promote idolatry.  My background is in Christianity and it was always extremely frustrating in trying to find a church that wasn’t corrupted to the core.  I’ve been through most of them one way or another and I can safely say that they aren’t worth anyone’s time.  And the main reason is that the god they worship is not the real God, but a fake one made up in the minds of men with spiritual dementia.  Which god is the right one?  Are you comfortable praying to a god that may be false?  I would ask these questions over and over and finally I decided to use the words “real God.”  It’s the only way I can express who he is without making an error.  So the various religions confuse the man into praying to a god that can do him no good and will set himself up for idolatry.  And if you think this “plandemic” is bad, just wait until the formation of a one world religion.  All of the religions will probably form into one entity which will be called the Ecumenical movement.  That will be real trouble.  But if the focus is on the real God and his natural order, I don’t see how it can go wrong.  Joining groups is dangerous and I would avoid them as they tend to get too corrupted.  Just work on yourself and your family and anyone else who will listen.

Morality is the key to defeating the “new world order”

It is the immorality that makes it easier to control the people.  The immorality causes chaos and it always produces bad results.  All we have to do is to look back on our own lives and see the parts that we screwed up by being immoral.  And we know a lot of bad things can happen as a result of the immorality.  Rather than worrying about one group of people, why not just judge all actions by their morality or lack thereof?  You’ll get a clearer picture under the natural law and you’ll save yourself a lot of time reading material of questionable value.

Who is the real God?

I’m going to give my opinion.  I think the real God is the one who created everything, and after that I don’t have anymore information.  None of the religions have this information and no man has the knowledge.  We’ll just have to wait and see.  But it makes sense to simply work within the natural order and then reap the good results.

No one is responsible for following immoral orders from anyone, so don’t pay attention to them.  And remember, choosing the correct and the moral path will always get the best results.  Try not to let the fear of the unknown guide your decisions.  Just use right reason and common sense; knowing the difference between right and wrong.