Is My Dog Jewish? 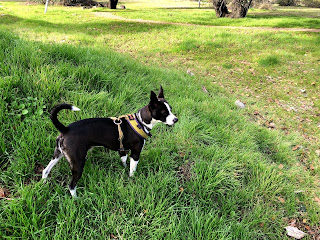 I’ve been noticing how some Jews will cause problems and chaos and then put themselves in the place of the real victims.  This is extremely annoying but it seems to work in their favor.

I was at the dog park and my little dog Oscar likes to mix it up with the big dogs.  He will go on the attack.  He will nip the big dog behind the ears and can even roll them over. But then he yelps as if he's the one being attacked. The other dog isn't doing anything to him yet, but Oscar yelps as if he's the one being threatened.   Obviously, I didn't teach him this maneuver, so I'm thinking that my dog must be a Jew.  It's the only explanation.  Or maybe the Jews learned this tactic from their dogs.  He's like the Jew who plows into a bus bench in Beverly Hills, kills 15 people, and then gets out of the car yelling "..viplash!!!"

Posted by Very Dumb Government at 11:42 AM