Government is the Immoral Shit-hole 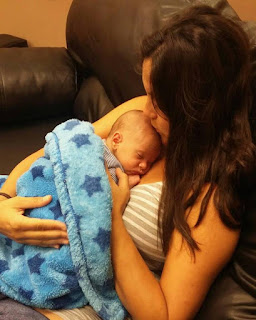 (Danielle Holm with Baby Holm October, 2016)
If Trump thinks Haiti is a shit-hole, the United States government, state and local governments are even worse.  The level of depravity is unspeakable; especially, when it is the governments of the world who are involved in child trafficking, baby raping, consumming young blood, cannibalism, kidnapping, and Satanic ritual abuse.  The worst thing imaginable is to have a little baby (shown in the photo above) to be stripped from his mother's arms and be taken away with no probable cause and for no apparent reason.  Yes, the Holm family declined vaccinations and Social Security numbers and that apparently sent the government on its jihad against this couple.  They did not deserve this kind of treatment, yet the idiocy of this government is contributing to the complete meltdown of Western society and perhaps the whole world through it's bad example.  Just imagine how any of us would feel if any our children were stolen for whatever reason.  This is the kind of cruelty that "the People" can look forward to because of the evil government that inflicts untold pain upon society.  And remember, if the people in government is willing to do this to little children, just think what they might do to us in the future.

Good morals are the key to solving the problem
It is the poor moral standards that are destroying the lives of everyone. Without the proper morality, there is no life to look forward to but only pain and a horrible death.  The morality of life is self-evident and there doesn't need to be any government to tell the people how to live.  All of us are born with a latent or inner knowledge of right and wrong.  And most of the time, our gut feelings will tell us when we are about to screw up.  Then, our conscience will torment us until be begin to make the correction.  In my opinion, the reason why people get drunk and take drugs is because they are attempting to take away the pain that is a result of their sorry actions.  This is living the life the hard way and it isn't necessary.
In the case of the Holm family, the government kidnapped their child.  There is no other way to state the case.  And the brutal pain and misery put upon the mother and the father has been horrific.

The government is communist and they don't care
If the military really had their shit together, they would round up every leftist and communist and send them to Cuba where they belong.  However, God only knows how corrupted military is sense they aren't much help in defending people like the Holm family when they needed it.  The govtards had no probable cause and no facts any evidence of abuse.  In fact, the baby was only 33 hours old when the idiots of the DHR in Alabama took him.  The reason this has happened is because they are all communist-fascist pigs with nor moral standards that they uphold.  They look upon the people of the land as livestock.  To the government, we are just sheep or cattle to be fleeced or slaughtered in the name of the false god; the state.


FBI declined to act
The FBI was called and the agent in Alabama took no action to help the Holm family even though he agreed that this was a kidnapping.  Given the recent behavior of the FBI regarding Hillary Clinton and the conspiring the Trump family, it is no wonder that they did nothing to help this young couple with their first born.


Fixing the problem
While I believe in the God who created me, I do not have anymore confidence in religion.  The religions seem to work hand in hand with the governments to promote the misery of mankind.  Rather an looking to religion for a solution, I think it is much better to work within the confines of the natural law and keep a man's actions within that boundry.  Everyone knows what the natural law is because we are all born with that knowledge.  We may have to use some more critical thinking to discover it but it will be to the benefit to those who do it.  Using right reason and common sense is the way to get it done and the immoral governments must be abolished.  There will never be a solution to any of our problems as longs as what is passed-off as government is allowed to continue.  The government is a destroyer of society because of their Satanic principles of theft, murder, and idiotic social engineering. 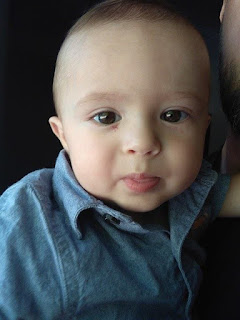 Again, who is it who suffers the most?  It is the family.  Christian and Danielle Holm do not have their son and the little boy does not have his real parents.  This is life in America which has the most disgusting government on the face of the earth.  It may even outdo China's government. 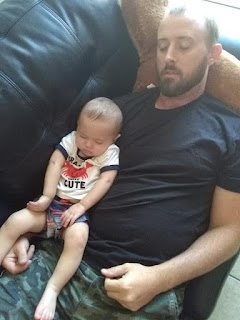 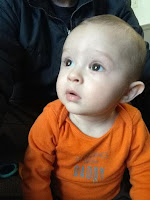 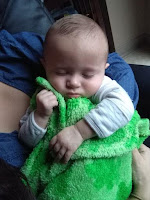 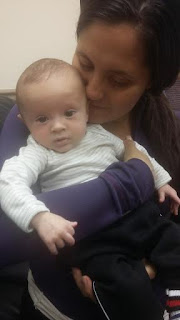 This married couple is going through a living hell on earth.  They have been threatened by various govtards and the most obvious reason is that the government is involved in child trafficking.  There is no other explanation for this.  A kidnap is a kidnap and if this can be done to these people, it can be done to you and me and at any level.  This child must be returned to his birth mother and father and it should be done immediately.

The whole country is now a communist shit-hole and this has happened because we haven't been paying attention to our own moral responsibilities.  This is hell without the flames.  It doesn't matter if the economy is booming when this kind of thing continues.  The government is not built on any moral values and this incident demonstrates the complete evil; it is a disgrace.

Before I close out this article, I remember a conversation with Christian and Danielle and they described the horrible feeling of having to leave after the visitations.  The baby would start to cry and he would helplessly look at them wondering why it has to be this way.  The DHR of Alabama and the family court system must go or all of the families there and around the country are in danger of being destroyed.  There is no fixing of this problem, other than to return the child to his rightful mother and father.


Posted by Very Dumb Government at 8:47 AM