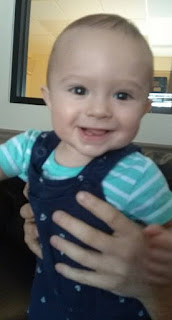 One of the frustrations in dealing with any family court system is the utter corruption of the American legal system.  These courts are private corporations, which means that they have to make a profit.  By stealing people and putting them in prison for ludicrous violations is one way they make money.

In the case of baby Holm, the government stole this child by ripping him off of the breast of his mother Danielle 33 hours after his birth on Oct 11th, 2017.  However, when the Holm family attempted to use the court system to get their baby back, the nonsense that they have experienced was horrific.  The courts exercise their power as if they are gods and they do not follow either God's laws or even their own legal system.  The lawyers and the judges collude with each other to make sure the system is feeding money into their demonic system.

This happened in the "State of Alabama" when a woman called Rachael Israel and Stacy Jackson stole the baby from Danielle Holm while she was nursing.  A man called Officer Collins held Christian Holm in another room while the two women kidnapped the baby.  It should be noted that Rachael Israel is allegedly married to a Christian pastor.  So much for Christian morality.  And the judge, in this case, Bud Turner, has a degree in divinity which probably means he has mastered Satanism to the max.

The Holm family has talked extensively to the sheriffs of both Calhoun and Cleburne counties, the district attorney, and the attorney general of the "State of Alabama."  They even went to the governor's office and a few weeks later he was convicted of some kind of child abuse.  Do you see the pattern? No one can give any resolution because none of them seem to be able to exercise their "jurisdiction."  If you have a problem with the government, they have no problem having jurisdiction when they want to get you, but if you want a problem solved, they don't have jurisdiction.  They continue to play the Holm family in order to protect their child trafficking scam.

Read this carefully and then think about it
The Holm family had continually asked for the facts that show how the Alabama codes apply to them.  They also wanted all of the facts that would show a probable cause that would establish a valid cause of action.  No one would answer their questions in any responsive manner.  They even went to the Attorney General's office in Alabama.  When they returned home, they got a message from that office and the lady said that the AG's office had no jurisdiction to help them.  However, just recently, the AG of Alabama had contacted the AG of Georgia to ask for some medical records regarding Christian Holm.  So, you can see that when the government doesn't want to do anything, they just say that they don't have jurisdiction.  But when they want to kidnap your baby and sell him to the highest bidder, they take jurisdiction or authority and simply do what they want.  This is the worst kind of tyranny and this stinks as badly as communist China; maybe worse.
The reality here is that these governments a communist in nature and in this case fascist.  The Department of Human Resources (DHR) of Alabama is the modern day Gestapo and no one should ever again rely on the government to help solve their problems.  They are making millions of dollars stealing children from their mothers and fathers and unfortunately few people seem to care.  This baby must be returned to his mother and father immediately.  The people who participated in the kidnapping of this little boy should be tried for kidnapping, and if found guilty, they should be hung.

The government is not your friend
The government has no value to a productive and peaceful society.  It has had over 4000 years of written history to show that each and every government has been a proven failure.  They have brainwashed the people into thinking that they are there to protect us when the facts show they are here to screw us, over and over again until the last piece of meat has been plucked off of the dry rotting bones of the general public.  If the governments allow this kind of thing to happen to the people, then it doesn't deserve to exist.

Please send comments
I'm looking for more examples like this case and I would like people to use my comment section below and tell us your story.  Try to make it brief and on point.

Posted by Very Dumb Government at 11:27 AM