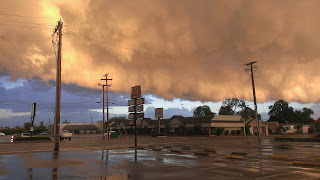 There is nothing more devastating to the proper relationship between men and women than the act of fornication.  Because fornication assaults the benefits of marriage and sets the stage for social chaos because it never works out for the good for anyone.  I am writing this article at the tender age of 69 years, and I see the carnage that fornication has done and if I had it all over to do again, I would do none of it.  And even today, as I watch the young people, they engage in fornication as if it was some kind of recreational sport, and they have no idea of the bad results that will come as the natural payback for fornication plays out in their lives.  A few years ago, I told a room full of young people that it was wrong to fornicate and they looked at me as if I came from another planet.  As the years went by, some of them got married, only to have a child or two, and then get divorced over stupid reasons.  The problem here is that they did not plan to be married couples; marriage became more of an afterthought rather than a conscious plan to marry and have a nice family.  The young people now are over sexualized, but the same thing happened to me too when I was their age.  Women have lowered their dignity because of the fornication and they have also embraced feminism which is a direct attack on the idea of having a nice family.  Men are now in rebellion and they are engaging in MGTOW(men going their own way.)  Not wanting a family seems to me to be a short-sighted view of life that can have some horrible consequences in old age.  But it is fornication that ruins everything and I'll examine it in more detail.

Relationships between men and women
The relationship between men and women has become a nightmare.  Many women have chosen the feminist way by wanting a career thus eliminating the need for a husband.  Of course, many feminists have fornicating relationships with men, and in some cases, women.  Because fornication violates the natural law, it is obvious that it is important for young people to avoid it and they should consider it a very destructive force in their lives.
Fornication violates natural law because the primary purpose of sex is for a truly intimate relationship and the possibility to have children.  These two things involve a great responsibility between the two people.  A commitment between these two people should be the idea of a marriage.  And history has shown us that when the marriage and the family are broken down, society takes on more evil than it could have ever imagined.  It is the healthy marriage that is an essential ingredient to a successful society.  Most of the social problems are a result of the bad fruit of fornication and broken marriages.

MGTOW ignores the real problem with relationships
I listen to some of the YouTube philosophers talk about the problem with feminism and women in general.   However, the problem of fornication is never addressed, instead, it is usually advocated while at the same time, criticizing the feminists.  I think this is really stupid.  With the immaturity of the men, they contribute to the problem just as much as feminists.  What woman in their right mind want to marry a "metrosexual?"  The old-fashioned way of approaching marriage has always been a benefit to those who keep their sexual activities within the natural law and outside of fornication.

The purpose of fornication and evil is to attack one of the main sources of happiness for mankind
The happiest time in my life was having a nice family.  I enjoyed every day and it was a time in my life where I always had to be on duty to make sure the family was safe and prosperous.  The family establishes a purpose and all of the activities that families do were a lot of fun and life was good.  Now, the stinkin' communist femtards are helping to destroy what is left of the family.  Socialists, libtards, and progressives are the most useless pieces excrement on the face of the earth.  Animals are better behaved than a libtard.  But the purpose of this should be properly understood.  The evil of fornication is intended to ruin the good things in life and to establish a demonic state which is anti-social.  If there is no fear of God, then there are few constraints against doing evil.  It is much better to not engage in anything which violates the natural law, and fornication sets off a myriad of bad things.  Think of fornication as pouring gasoline on oneself and then lighting it on fire.  It is best to stay away from it and all of those things that can steer the mind toward it.

Posted by Very Dumb Government at 11:14 AM