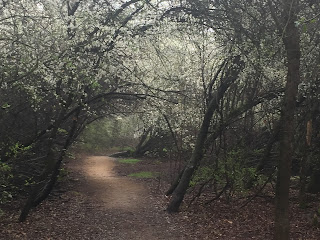 When I write about communism, socialism, fascism, liberalism, or progressivism, I'm actually talking about communism with its various styles.  This insane political and economic writing was authored by Karl Marx and Frederic Engles who were Talmudic Jews.  I suggest to the reader to read The Communist Manifesto in order to get a complete understanding of the idiotic system of communism and socialism.  If you can't stand reading the whole thing, then I suggest that you go through the Ten Planks of the Communist Manifesto which are included in the writing.  The doctrine of communism is a complete abomination and it is mostly responsible for most of the misery of mankind since the turn of the century.  And in modern times, it is the Talmudic or Freemasonic Jew who enjoys taking unfair advantage of other people; especially, the non-Jew or the goyim.  Jews have complained for many years that people treat them badly, but history has shown that a lot of them have simply reaped the bad seed that they have sown.  To my knowledge, depending upon whose writing you rely upon, over 149 countries have expelled Jews.  The main reason seems to be that Jews take unfair advantage of people i.e. imposition of communism, which becomes intolerable for most people.  I've always had the problem in understanding why most Jews are political liberals or "progressives" supporting a system of government that has been responsible for killing many of their own people, but also millions of  non-Jews.  The contradiction always stood out but I couldn't figure out the reason why.
Part of the reason for my not understanding the issue was my reluctance to look and the issue of Jews from a political or economic angle.  I have never been one to be a racist, but certain groups of people have their general characteristics.  There are always exceptions but it seems as if the communist Jews are responsible for the unbelievable misery of mankind because their system of communism is the most chicken-shit political system invented by the moral retards called Talmudic Jews.  The commie Jews have done an incredible job of infecting the world with this demented political system and they deserve full credit for it.  Not all Jews are communists so I am not including honorable Jews; I'm writing about the commie Jews.

The problem with communism
Any country who has chosen this political system is one that will ultimately destroy itself.  Communism is a failed political and economic system yet most of the world's nations have this system in place.  The governments of the United States, Great Britain, Germany, and France don't think they are communist but their political systems have all of the Ten Planks of the Communist Manifesto in place in some form or another.  The Nazi's are just nationalistic styles of the same thing. Communism only works for those people who inflict it on other people.  If we were able to convince communists to separate from the rest of us, their system would flounder and fail.  They wouldn't have other people's money to steal.  The Talmudic Jew considers the goyim animals and this is the key to their arrogance in attempting to gain control over the whole world. In their sick and twisted minds, the goyim are just animals--livestock--and they are the only true men and women. I believe that this is why evolution is taught in the schools so that the people think they are animals or livestock.   Of course, people who expose this problem are ridiculed but it doesn't change the facts.
Communism is intended to eliminate competition and to establish monopolies all over the land that is cursed with this system.  The leaders of these communist government benefit from lobbyists and big pensions for working with the government.  They do allow some form of capitalism, otherwise, there would be nothing to steal.  The state becomes the false god that the people worship.
When the people vote they are choosing their slave masters.

Communism is a slave system
There were many Jews that had participated in the slave trade during the early history of the United States.  This should not be a shock because it is the intentions of many Jews to enslave mankind: spiritually, physically, politically, and economically.  These commie Jews are nothing more than the modern-day slave traders and I have a fairly good idea that their practices are far worse that what I know about.
Stealing a man has always been a capital offense but somehow when an entity called the "government" does it, it is acceptable and legal.  The problem is that man-stealing goes against the natural law.  Slavery is the interference with the man within the natural order that God established.  The socialist doesn't care about the natural freedom that a man has as a birthright; but rather, the socialist only cares about the state's self-interest and the protection of the elite political class.  Socialism is great for the commie Jews and leftists non-Jews because they can control all of the people with it and the resources they produce.  The income tax is the primary tool to inflict misery on the populations of the world.  It puts the worker on an economic treadmill that doesn't stop and it keeps getting faster until that worker collapses from exhaustion.
Income tax also helps to establish a market for loans with usury because the worker needs a home for his family and a car.  If he didn't have an income tax, he could manage these purchases with his own money.  But once he is saddled with a mortgage, he is more of an economic slave that ever.  And this is the whole point of the commie Jew.  The money is a big part of it, but it is the power over other men that is the attraction.  They like making all of us their niggers.  Remember, the word nigger doesn't necessarily mean just black people, it also means people of any race who are economically, politically, or socially disenfranchised.  The income tax is the great nigger tax; and, all of us are the niggers.  And this is how the communist Jews like it.

Communism is the offspring of bad religion
Communism is not just a bad political and economic system, it is also a very bad religion based upon the wrong god.  Communism is immoral as it steals the resources from the man who works for a living.  From the richest man to the poorest, communism is the slave instrument of choice to deploy the bondage of mankind.  Communism sets up the false authority of the state and the false authority of Satan.  This is the gift of the Talmudic Jews to mankind.  When a political system violates the natural law or the commandments which are in harmony with the natural law,  then it has no lawful authority.  In a case like this, communism operates in the system of conquest and confiscation.  And that's how it is today.  No political leader can fix a system that establishes a system of slavery that has been established by the communist system.   Sure, people vote for the leaders but the reality is that they are just voting for their own slave masters.  The facts show that the whole world system under man-made laws is essentially communist and this is why most people don't like the government of any nation.  But it is important to know where this comes from--the Talmudic Jews--in order to properly understand the history of  this disgusting political system.

Walter Allen Thompson has a new book called Natural Law: The True Supreme Law of the Land
Posted by Very Dumb Government at 10:02 AM