Special Place in Hell for Educators 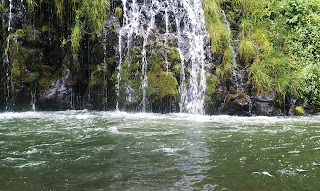 Rarely do I post anything from other blogs, but my attention was drawn to the following article: Ontario's Radical and Perverse 2015 Sex Ed Curriculum Examined  While this article involves schools in Ontario, Canada, it does show how sick and twisted the public schools have become.  This is a perfected example of why I think schools should be shut down as they are instruments of the communist system.  The intent is to twist the minds of the children into a "new world order" which is a morally chaotic socialist order.  The people who would teach this garbage to children are demented perverts.  And if there is a hell or anything close to it, then these people are going to have a very bad outcome when they die.  Hot excrement is too good for them.

Withdraw the children from the school system
A communist libtard has nothing to teach anyone.  They put themselves in the place of authority when they don't have any authority.  The only sane thing to do would be to withdraw the children from the schools.  This would devastate their finances and with any good fortune, the whole stinking thing would collapse.  The children aren't learning anything useful that couldn't be learned at home.
They could take their English and math lessons online and avoid the nonsense of the communist shit-people who infest the school system.


Education in this form is futile
Actually, this is a form of indoctrination.  Instead of teaching the children good moral principles, the state turd-teachers inflict the most disgusting thoughts upon helpless children.  The parents don't really have to put up with it.  There are a lot of sensible options that could be used to ensure the mental and intellectual safety of the children.  This is obviously a demonic attack upon the children which has been around for hundreds of years, but it is getting much worse and it is intolerable.  The state is not there to inform children, but its mission is to brain-rape the children until they themselves become perverted and socially dysfunctional.

Teachers should look for other work
Teachers should realize that their profession is not about teaching but it's about indoctrination into the Satanic mindset.  Again, there's a special place in hell for teachers like this.  It was Christ who said something to the effect that it would be better if a millstone was put around their necks and thrown into the water than to hurt any of the children.

State schools don't educate
These schools are useless in providing the skills for children looking forward to having marketable skills.  Instead, many of these children will end up taking drugs to try to rid themselves of the communist-socialist-fascist influences.  The only sane thing to do is to flush the whole educational system down the toilet and start over; not repeating the same mistakes.

Posted by Very Dumb Government at 11:26 AM