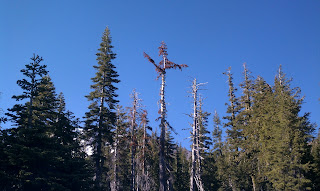 I was reading an article on Henry Makow's site about how most wars are staged by the Illuminati.  The article goes into great detail about the ins and outs of military intelligence (or lack thereof) and it is an interesting part of history.  I too believe that these wars were staged, but there is a bigger question that ran through my mind.  I've been an advocate of God's commandments and the article brought up a question in my mind.  How does any man justify the killing of another upon the order of yet another man?  How does that work in God's natural order?  By what authority does a man order the death of another?

I understand the word kill to mean murder.  If a man joins the military, he is sworn (breaks another commandment) to follow the orders of another man.  Anyone who has joined the military when they were young men may never have asked themselves this question, but I'm sure after combat, they probably have: Am I committing murder under the eyes of God?  Am I doing bad things?  Then the next question would be: Am I willing to kill someone based upon the orders of a political figure?  Will God punish me for killing people?  I know when I faced the draft during the Viet Nam war, I asked myself questions like these and I wonder how I would react if put in a combat situation.  I never had to find out, but a lot of my friends did.  Some died very horrible deaths and I wondered if it was worth the price.  My mom cried just at the thought of me going to war, and many other mothers had their hearts ripped out of them because their sons died fighting old men's wars.

Who are these Old Men?

Frankly, I don't think the conspiracy historians have even scratched the surface of these vile men.  Sure, they are Illuminati, and they are also your political and religious leaders.  These old men stand in front of young men as gods and instruct them in the black art of murder.  And it doesn't matter what war and when, all of these wars appear to me to be a direct offense to God and his natural order of life.  Men were not created to murder other men.  However, the goal of the New World Order crowd is to promote death and destruction; and make a lot of money from it.  These old men usually don't put their own children in the front line, but expect other parents to "sacrifice" their children as if they were worshipping Molech.  Not only do they "sacrifice" their children, they feel patriotic about it.  But I'll bet you that if you asked any of them, especially now, if it was worth it, I would be that the answer would be no.  And what about all of the religious crusades, with the modern religious wars too ugly to describe.  If the intent is to thin out the young men in a population, then I suppose it is working.  But killing off young people weakens any nation.  And any nation or religious who violates
God's commandments without repentance,  are going to be complete failures.

What if Nobody Showed Up to the Old Men's Wars?

What if the young men finally told the old men to shove it?  If the old men want to fight, let them do it to themselves, but leave the young people alone.  They have lives ahead of them.  The old men have one foot in the grave; maybe they want more company in it.  But God gave us all our lives to live in peace with each other with the commandments as our spiritual and moral anchor.  I know, there I go again with the commandments.  But the reality of life is that we are supposed to keep them, and not killing each other is one of them.  And what's with these young Arab men strapping bombs to themselves and blowing up people?  The insanity of it is overwhelming.  Why don't they just tell their old men to go blow themselves up if that's what they want to do, but to leave the young people alone to get married and have families?  There should be never any respect for any leader who does not abide in God's commandments.

Politics and Religion is a Blood Game

Politics and religion are the vehicles which drive the engines of war, war, and more war.  Who needs the state if it is going to be so destructive?  Who wants to stand before God with blood on their hands?  Who wants to go to hell for killing someone in old men's wars?  In my view, there is not one political or religion that is worth the drop of one man's blood.

The old men don't count the cost because it doesn't cost them anything; until they die, then they go to hell if they didn't repent.  But a young man has a future of living a prosperous life without old men's wars.  "Thou shalt not kill" means exactly what it says and it is a commandment that needs to be obeyed by the old and young men.  These staged wars do nothing but promote a system of government that is intrinsically idiotic and evil.
And the question to be asked is this: How is anyone going to bear the burden of guilt from all these killings?  My father-in-law was a World War II vet who survived 5 amphibious landings, and a series of dangerous operations.  He was one of those guys who would crawl down the holes to find Japanese soldiers.  Just before his death, he showed me a photograph (in black and white) of a Japanese soldier.  He had the man's wallet, the picture of his children, and his family.  It was obvious that he felt guilty for the death of this soldier.  He had killed that soldier.  My father-in-law was one crusty old fart, but he was a very tender-hearted man when the issue was important.  He felt bad about taking the life of a Japanese soldier; even in the heat of battle.  I had a lot of respect for him because of it.
What is important to understand that there is not one political or religious system that is worth one drop of a man's blood.  God gave us all a nice place to live and that's what we should be doing.  But we need to pay attention to the commandments because they are our moral anchor.  The commandments allow for everything to work within the natural order; God's World Order.
All men, women, and children were created by the same God, and we are not allowed to break the commandments.  I honor the God who created me and so it is important for all of us to do that and our lives will become much better.  We would be better off ignoring the evil of current political and religious systems and simply abide by God's natural law.  Only in God's law is there security and safety.