Is Voting Worth The Effort? 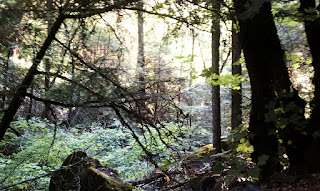 I have followed American politics for the better of fifty years. I have done a lot of research, and it is my opinion that the most vile, stupid, and evil miscreants continually get elected, taking away any virtue from the act of voting.
In this election of 2012 we are seeing some of the most idiotic things occur and it is impossible for someone like myself to take it seriously. You mean to tell me that out of 300,000,000 Americans the best we can do is to come up with talentless people like George W. Bush and Barack Obama? The reason why it happens this way is because various groups of the occult have taken control over the leadership of mankind. There are no checks and balances put into place, and if there are some written down, they mean nothing to the people in government. They just do what they want, so there's really no reason for any kind of congress. Obama operates more as Caesar than an intelligent president. Voting for the lesser of two evils still produces evil. It doesn't make any sense to elect bad people. We can see this happening now. The difference between Obama and Romney is very little with the exception that Obama probably doesn't wear the magic underwear. Either way, the wishes of the majority of the people will never be met because every stupid and ignorant vote will always cancel out the well-informed and thoughtful one. Voting as we know it today insures that nothing but low quality people will always be running the government. People like this would have a very difficult time in a market economy, so they gravitate toward government jobs so that they don't have to work in a competitive environment.
Voting as we know it is a proven failure. Voting never got us out of a war, never balanced any budget, never opposes communism, and it never has worked for the benefit of the people. The main reason is that the people in government disrespect the laws that are already on the books. They only care about their “policy” but not the intent and purpose of the law. If their policy is to screw the public, then that's exactly what is going to happen. The Bill of Rights in the United States is a joke. It guarantees nothing and if you don't believe me, just get into a legal problem and try to use those rights. They are not there; in short, they are poppycock. Voting only serves as a delusion for the people to make them think they have a say about who gets elected, but that's all it is, a delusion. The government of the United States at this point in time is a complete failure. It is also a complete waste of time.
The people of the United States are not failures. The ones who do well do it in spite of the bad government.
What would I have in its place? I'm leaning toward nothing. If a group of people what to accomplish a task or organize themselves, then they should be free to do whatever they want as long as other people are not injured. I would love to move to a community and live near people who have the same moral and value system that I do. I don't like being governed by people who participate in the occult. They are stupid losers and I don't even want to look upon any of it. The government today is bad religion. It is founded upon sand and it is doomed to fail unless it is corrected.
Government as we know it today is a bankruptcy, tax, and slave system. Most of them are not fit to exist. The purpose of a government should be to provide an infrastructure and establish rules for people to operate under. The NFL or NBA has more respect for their rules than the congress does. Can you imagine going to a game, and all the players start cheating and the refs rule in favor of the home team? Who would buy a ticket to see that? Government is like a bad orchestra. If government was an orchestra they would all be playing in a different key. That would empty out the hall in record time. Voting doesn't alleviate the problem of dishonesty. If there is rampant dishonesty in government, nothing other than a complete reversal of attitude could possibly fix it. Voting cannot fix evil; voting cannot fix stupid.
The only way it might work is if every vote and who voted for what is made public. This way, the government could not pad the ballot boxes with people who have been dead for years. Everyone would know who voted for what and then hold them responsible if the outcome didn't go well. Maybe the ones who made the bad choices would be fined or penalized for voting for a bunch of idiots. The way it is now, there is no consequence for those who made bad choices.
We are paying for these consequences as a whole group of people in a nation. The most immoral, vile, base, and evil people run critical areas of government. Judges make up their own rules as they proceed in a case. They put people in prison for long sentences just because someone questioned their authority. Yes, voting has not done anything to cure the problems of government. Perhaps, we should not have government at all if it is going to be so destructive.
Whatever form a government may take, it cannot violate God's commandments and natural law and if it does, it will fail.  It doesn't matter what form it takes, it will ultimately fail.  All countries with economies based upon interest/usury in their banking systems will always fail because they violated God's law against stealing, interest or usury is stealing.