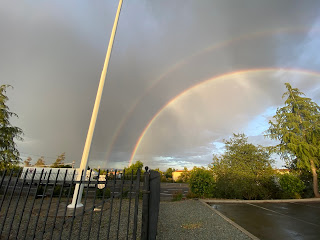 I’ve lived over 75 years and I didn’t realize that I have Commie Pox.  It is the mental and physical condition of living under the control of the communist pigs within the government and the religions. It has been a problem for mankind for over 2000 years.  Fortunately, there is no vaccine for this condition but just understanding the problem will lead to better choices.

Commie Pox makes me think that I was free when the facts show that I’ve been a slave through all these years.  Communism has done no good thing for mankind, and it will always be a curse because it is the most intellectually repulsive system  designed by Satan himself.  Communism is like an intellectual form of syphilis which I found is like an STD—socialist transmitted disease.  In the United States, all of the political leaders are communist because the underlying foundation of political life is focused on communism.  Republican or Democrat it makes no difference.

Communism is a political process of the devil.  It is the manifestation of Commie Pox.  It demands oath-taking which is a form of lying and it violates the natural law.  Once the oaths are used it is downhill from that point.  “To make a vow for life is to make oneself a slave.”

( Voltaire) It doesn’t matter which country we talk about; they are all commies.  Now when I say communism, I also mean socialism, fascism and democracy.  Democracy is as two wolves and a sheep deciding who is going to be for dinner. The style may be a bit different but the conclusion is still communist.

There is no happiness in communism because it steals from the poor, working class. and business owners who actually produce goods and services; and then is taken by the government of oligarchs.

The idiocy is overwhelming because the people who voted for these knuckleheads are just as guilty.  The low moral standards are destroying everything.  If any government wants you to do immoral acts, then none of us should do them.

When we have commie pox, it is difficult at first to avoid all of the nonsense.  I’ve done more research than most but it doesn’t do any good unless things improve.  This STD—socialist transmitted disease—is pervasive throughout society.  The best way to know if you have this disease is that if you agree to be governed by communists, then you have commie pox.  Commie pox is as the discharge out of Satan’s ass.  It is best to avoid it if at all possible as nothing good will come from it.  Bad systems get bad results.  All of the major problems we are experiencing today have been instigated by governments from all over the world.  They seem lie about everything; and when they tell the truth it is to cover something up.

Lipstick on the Communist Pig

Walter Allen Thompson has a  book called Natural Law: The True Supreme Law of the Land

Posted by Very Dumb Government at 10:18 AM