Swear an Oath; Receive a Curse 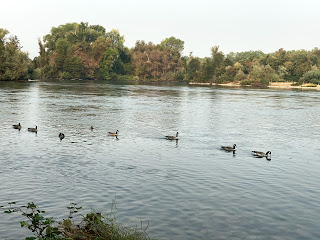 The most destructive forces on the earth is government, religion, secret societies, and the medical systems.  All of these entities are founded upon oath-taking and I’m certain that this is the main cause of most of the trouble in the world.  Of course, the lack of morality and virtue also play a part, but it is the oath-taking that sets everything on an evil foundation.  Many “service” organizations swear oaths such as the Freemasons and the damage done to all societies is enormous.  Affirmations in the legal system and vows are essentially the same thing as oaths.  Signing documents “under the penalties of perjury” is also a type of oath.  I’ve written quite frequently about oath taking over the 10 years that I’ve had this blog.  And what stood out to me is the consistently bad results that occur from government, religion, and the medical systems.  I believe that it is the oath that sets a curse in action and everything seems to go wrong from there.

The oath is a form of promising something that a man cannot know whether he can fulfill.  It’s a promise to tell the truth in a courtroom but he may or may not know the facts to support his statement.   Swearing oaths is a form of lying. No one can predict the future with 100% accuracy.  Thus, when they swear an oath to do this or that; they are lying.  What is interesting is that this is something that isn’t necessary.  People should be telling the truth to each other but what is ironic is that the oath is a form of lying to get people to tell the truth.  We can see the stupidity of such a thing if we look at it critically.  All of us grew up using the oath in a form of vows or pledges.  No matter how you look at it, the oath is a form of lying.  In an early Jewish writing, it said that God was the only one who had the authority to swear oaths, probably because he is the only one who could fulfill them perfectly.  Very bad decisions are made from using oaths.

The people in the government always swear oaths.  We see it in the legal system the most.  Everyone is swearing to tell the truth by lying in public by taking oaths.  Public officials routinely swear oaths to uphold the constitution and then they violate those rights they just swore to uphold.  Of course, there are oaths in the constitution.  I believe this is why the governments are such failures.  When they swear the oaths they set upon themselves a curse and the rest we can see for ourselves.  The character of most politicians is horrible and the end results that they do for society is bad.  No government in the world has the authority to go beyond the natural law of which the real God created.  While I believe in the real God, I think all religions that I am familiar with are just as destructive as any government.

Most religions have some form of oath taking or vows and the Christian religion teaches specifically against oath taking but they still do it.  And notice how the religions don’t seem to have a positive effect on the morality of society.  The people who run these religions don’t seem to conform to the morality taught in their own writings.  As we can see in society today, the religions have little to no value in keeping the governments of the world in check.  In fact, these religions display satanic symbols—giving us warnings about who they are and who they really worship.  Governments do the same thing.

I’m an advocate of using the natural law which is the law that the real God created.  And we are all born with a latent knowledge of it.  It is the knowledge of good and evil; right and wrong.  And in the United States, the marriage failure rate is over 50%.  Second marriages have a 60% failure rate.  Being divorced myself, I couldn’t think of any thing worse that could have happened.   Why so many divorces?  Most marriages have the vow that is recited during the ceremony.  It seems to me that the marriage vow curses the marital union because the vow is; in itself, a lie: “Until death do us part.” When we all do this, we are hurting ourselves and cursing our own future.  It is the most destructive ritual I can think of and it is completely unnecessary.

In the world of the natural law, all bad actions will always receive a payback.  This is the beauty of the natural law because all of the evil actions people do will always get paid back.  Some call it karma, but I like to call it retribution.  It doesn’t matter what a man’s opinion is of anything.  If it is wrong it is going to get a bad result.  The idiots or oath takers are running the governments and religions and all of them are getting bad results.  Under the natural law, everyone has the capacity to understand truth, but they must be willing to accept that truth and then act on it if need be.  All of us would have a better future without the oath.