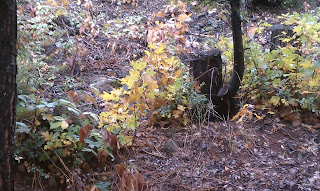 The bullshit has just begun
True to the character of "democracy" we can see that no matter who is running, voting is always skewered to the establishment.  True, Trump is the presumptive Republican nominee but I don't think that he can do anything with a system that is evil in structure.  For him, it would be like getting elected to the national whore house.  If you notice, Trump gives the two-fingered finger right there on his website.  That "V" sign is not for victory, but it is a curse upon those to whom is is directed.  I remember Richard Milhouse Nixon using both hands giving the two-fingered finger.  I think these hand signals are a disclosure and a warning to people.  Given that the government itself operates on Satanic principles it does follow that those men and women who participate in the government are evil people.  The easiest way to tell is when they lie.  The lie is the primary tool of the evil one.  The governments use it and the religions use it.  Voter beware.  Does Donald Trump lie?  Well, didn't he say he was going to use his own money and he would be beholden to the donors, yet now he is doing fundraising for his campaign.  Frankly, if I had that kind of money, the last thing I would do would be to put my own money down on such a crooked process.  But, he told everyone he was self-funding and now he's not self-funding.  So, he prevaricates or "shadows the truth" just like Hillary only he isn't quite as bad; yet.  I could be wrong.  I do appreciate the warning so I don't have to get all excited over nothing.

Democracy is a disaster
Democracy is like two wolves and a sheep deciding who is going to be for dinner.  That saying is very true and what is unbelievable is that people even bother to take part in such a futile exercise that has consistently produced one failure after another.  The insanity of continuing to do those things that don't work is frustrating to watch.  There is no such thing as real political opposition in a system such as democracy because it is too easily manipulated in favor of the oligarchs.  Democracy does not account for a moral structure so it really is more of a mob rule at best.  At worst, it is a slave system which people are expected to obey "laws", "rules," and "regulations" that have nothing to do with complying with simple concepts such as the natural law or the natural order.

Voting for the same old tired choices
The people who are being paraded around as political choices for the upcoming presidential elections are all bought and paid for by the oligarchs.  These elections have as much credibility as a wrestling match.  The outcome is fixed and the "people" have no choice whatsoever because everything is set up before the event.  Even if the elections were fair, democracy will ensure that the evilest, insane, and unintelligent candidate will win the election.  The election of Barack Obama is a perfect example
of it.  Of course, if John McCain would have won, he would have had an administration similar to Obama; maybe worse.  Now we see the same old retreads running such as Hillary Clinton, Jeb Bush,
and a whole host of psychos who think they want to be president.  If any of these people gets elected they will screw the public and the decline will continue.  I think it is better to never vote again.  Remember, the lesser of two evils is still evil.  There is no point in feeding the rottenness that comes from democracy.

It's easier to be stupid
Democracy ensures that the least intelligent group of people can make the most important decisions in an election.  Since it is easier to be stupid it only makes sense that the worst candidates get elected.
This is just the natural outcropping of stupid.  Since evil people are ultimately stupid, they tend to gravitate toward a political office.  But, even if the best candidates won, they would immediately sell out their constituents by establishing policies that benefit the oligarchs at the expense of the public good.  In today's world, it is my opinion that if anyone votes, they are as stupid as a box of rocks.  To continue to vote for people who are essentially traitors to God and their own families is completely insane.  If voting doesn't do any good, then why do it?  Voting almost condones the evil that is being done to the public at large.  Having no government would be better than democracy.  The government is completely immoral and it is worthless for the benefit of the "body politic."  Some will say that the government is a necessary evil, but the problem is that it is still evil.  I think it would be best to avoid evil on all levels which would lead to more peaceful lives.

Group-think
People seem to rely too much on people who are pushing a political or a religious agenda.  Unless their ideas are backed up by the truth, there is no reason to listen to them.  And the immorality of the government and the religions are there to be seen and noticed by everyone.  It is the various media that want to control the minds of people by continually feeding them garbage dressed up as something good.  People who don't think are in a type of a stupor that obstructs their ability to think.  This is why I suggest getting rid of the television.  At least with the internet, we can control what programs we want to see or what items we want to read.  All of us need to do a better job in learning how to think for ourselves and getting better results.  Groupthink doesn't help because it always tends to get corrupted.  So then, any truth that is manifest is always distorted by corrupted and immoral people.

Voting Condones the Evil
Here's another way you can think about voting.  Since the governments of the world have most of the Communist Manifesto established within their governments, then one can only conclude that all politicians under these systems are communists.  It makes no difference if you vote for a Democratic communist or a Republican communist.  The fact remains that they are all communists.  It seems to me that it is a complete waste of time and effort to have an election or to participate in them.   The "authorities" promote elections to give the people the impression that they have a say about how the governments are going to operate.  When the facts have shown that once in political office, these communists do whatever it takes to implement the communist agenda against the wishes of the public at large.  The STATE, State, or state in whatever configuration you choose is a predator, vulture, and a parasite.  It is not there for the benefit of the people.  It is there for the benefit of the oligarchs and they are parasites.  Why feed any of it with your vote?


Walter Allen Thompson has a new book called Natural Law: The True Supreme Law of the Land
Posted by Very Dumb Government at 10:54 AM