God Did Not Make Evil 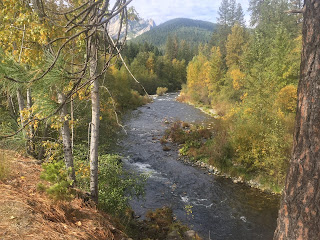 "For he created all things, that they might have their being: and the generations of the world were healthful; and there is no poison of destruction in them, nor the kingdom of death upon the earth:
(For righteousness is immortal:)
But ungodly men with their works and words called it to them: for when they thought to have it their friend, they consumed to nought, and made a covenant with it, because they are worthy to take part with it."
Wisdom of Solomon 1:13-15

In the teachings of the professing churches, one of the doctrines that are taught is that it is impossible for a man to keep God's commandments, and that man is inherently evil.  And that there is no good thing that comes out of a man.  And that it is impossible for a man to keep God's commandments.  And that man is just a dirty rotten sinner, doomed to be continually making the same mistakes over and over again.  Of course, these kinds of things will occur when men disobey God's commandments.  Government becomes bad when it violates God's laws.  There is no government on earth that has a license to violate God's laws; no man, nor a group of men, have the authority from anyone to violate God's laws.  It is God's laws that provide security for a man; not the government.  Very dumb government ignores the rules that God's set forth for man, and it even makes the outlandish claim that it is "the supreme law of the land."  No, it is not.  It is God's laws that are the supreme law of the land, and they must be obeyed in order to have a full and happy life.
Men and woman are continually confronted with the choice to either be good or evil, to choose between light and darkness, and between right and wrong.  When a man chooses to obey God's commandments, he is living within God's natural order.  He doesn't have to continually look over his shoulder, or hide from his own conscience.  But if he does evil, he fights with his conscience and then brings upon himself all of the evil consequences of sin.
So when evil hits our lives, don't blame God for it, we brought it all upon ourselves by not obeying God's commandments.  If you are despondent about the behavior of our government in recent times, all you have to remember is that we are getting the government we deserve.  Our very dumb government is the manifestation of our own rotten behavior and our unwillingness to repent and keep His commandments.  Without repentance, there is nothing good to look forward to, only the eventual death and destruction that comes from disobeying God's commandments.  It doesn't matter if a man is the highest political leader or the poorest man on earth, if he won't keep God's commandments, he has chosen his own failure.  God didn't do it to him, he did it to himself.  Those in government who think they are getting away with violating God's law are sorely mistaken.  The bad fruit from the rotten tree will eventually take its toll on those who continually violate
God's laws.
God's laws are the old world order; Satan's laws are the "new world order."  The new world order is nothing really new, it is just a chaotic system of disobedience to God's laws which will result in the destruction of mankind.  The purpose of the new world order is to insult God and destroy mankind as God had created him.  It puts in place a system that is deliberately destructive.
God's laws are the natural order instituted by Him for all of us to live within.  Satan's laws violate God's laws and are in complete conflict with God's natural order of life.  Therefore, it makes a lot of sense to establish God's laws in our lives and we all should be focusing all of our attention to that end.  There is no benefit to the continual study of evil, but there are a lot of good things that come from keeping God's commandments.  When I pay attention to them, life gets better for me; and when I don't, I become a miserable wretch with no future.
Most governments of the world are very dumb, extremely stupid, and produce death and hell.  They were designed that way, and they are working perfectly.  To my knowledge, we can't stop people from being stupid, but we can control our own behavior to reflect the will of God our Creator.  This is the key to successful living.  God made us all to live in truth and peace, and keeping His commandments will get that accomplished.  Very dumb government and very dumb religion are those things which violate God's laws.
We should be judging all things against God's natural law; nothing else works.  Bad government is bad religion; bad religion is a bad government.  They have not, nor will they ever be separated; they are one in the same.  Good religion and good government depend on our existence within His natural order.  All of us should spend most of our time correcting our own poor behavior, and learn how to keep the commandments of God.
God didn't make the evil, we chose it for ourselves.


Walter Allen Thompson has a new book called Natural Law: The True Supreme Law of the Land
Posted by Very Dumb Government at 9:19 AM