Take the Guns Away from the Government 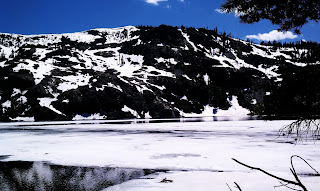 Most of the violence caused in the world is not from the population at large but it comes from the various governments.  If you look at the history of communism, socialism, and fascism you will see a body count in the millions of people.  Yet, it is the "government" that wants to confiscate all of the weapons of the general public.  If the government were true to its concern for violence, then it would only follow that it should disarm itself.  Nothing is more dangerous to a social setting than someone in a uniform with a gun.  Once they put on a uniform, they get the feeling that they are a god and they can kill almost anyone and get away with it.  Just in the numbers of dead people caused by the government, I can make the case that all governments should be disarmed.  If the government is so concerned, then it should only follow that they should not only disarm the public but they should also disarm themselves.  Obviously, that will not happen anytime soon.  But the basic principle is there.

Where does their authority come from?
How does any government get the authority to commit murder?  The only justification for killing anyone is only in self-defense.  A well-armed population can do the job without the expense of money and lives by having a government that is so blood-thirsty.  However, the facts show that these governments have no authority for anything and their only power source is the use of violence in order to get their way.

Death by Government
Years ago, I read a book called Death by Government by R.J. Rummel and the numbers he disclosed are staggering in the terms of needless deaths and destruction.  Here are some numbers that show just how evil communism, socialism, and fascism are and why these governments should turn in their weapons:

My source of information here

Under the communist influence, millions upon millions of people have been murdered and their families destroyed.  And it is because the communists or socialists of the world are intrinsically evil and just bat-shit crazy.  These kinds of people should never possess weapons of any kind because their poor track record is self-evident for all to see.  This is why I call communism a failure.  This horrible governmental system was founded by Talmudic Jews.  The Israeli state is socialist which really means communist.  The United States government is Israel's bitch and they seemed to be joined at the hip in terms of communism.  The democracy part allows people to choose their own slave masters.  Under the communist system, everyone is a nigger, animal, or livestock which under this system anyone can be slaughtered because they aren't special like the Talmudic Jews.  Remember, it is the Talmudic Jews who teach that non-Jews (goyim) are animals.

Federal agencies with police power
There is no shortage of federal police that has some kind of "law enforcement" power.  In an article listing the various agencies,  it shows there over 70 agencies that have armed divisions.  If you look at the photo in this article, you can see that they are well-armed and they are ready to kill anyone who gets in their way.  These people should give up their arms and get a real job.  If a man has nothing better to do than to push other people around, then his life is useless.  And this is a perfect example why a lot of people during the time of the ratification of the constitution were opposed to it because they were concerned that what we see no would be the end result.  The colonies were doing    quite well before the constitution.  Suggested reading is the Anti-Federalist Papers.  Regardless of the political implications, no one has the right to murder anyone over any kind of political or religious system.  And herein lies the problem, the government is run by murderers because if people don't obey them, they can be killed.  One one has any authority to murder anyone for any reason other than self-defense.
This is why I advocate natural law because it is the system that God the creator established for all of mankind.  It is easy to follow and impossible to counterfeit.  Anyone who tries to teach against it will be exposed as a fraud.