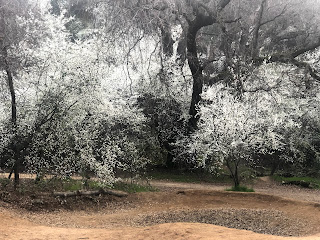 I've always appreciated the benefits of the natural law or the natural order.  I don't see how anyone can go wrong if they take the time to ask themselves the question on any issue they are contemplating: "Is this right or is this wrong."  In the times we are living in, I'm asking: "Is it right or is it wrong to deploy the socialist distancing on the people?"  From the research that I've seen, there is no medical reason to practice social distancing.  In fact, never in the history of mankind has such a practice been in place.  Along with the slave masks, social distancing appears to be another brainwashing ploy to make the population submissive to the socialist new world order.  Rather than blowing up countries and cities, the "new normal" is very aggressive mind control techniques are being used on the whole world's population.

Like the slave mask, the socialist distancing is designed to make the public obey their masters.  In fact, all government and religious organizations seem to be going along with this program regardless of the country.  All governments and religions are forms of slavery; some physical and some mental.
The Covid-19 nonsense reminds me of the Jim Jones death cult.  Jones was the leader of this death cult that resulted in the death of many people by drinking the poisoned punch.  And the problem starts with the people who do not question the authority of their so-called leaders.  They also don't question the morality of the orders they are given.

Social distancing violates the natural order and it will ruin the social interaction of people just like the slave mask.  The "authorities" are even putting circles on the ground for children to play in and they are 6 feet apart.  This is a form of torture and cruelty never before seen in the history of mankind.  No one should comply with this order as it is unnatural to comply with it.

Fortunately,  I don't see too many people doing it.  But there's a lot of pressure from government and businesses to comply.  The whole point of this is to destroy the minds of the people and to make them compliant to the state.  The government never has the authority to violate a man's natural rights.  Forget about any "laws" that violate natural rights.  Legal doesn't mean it is lawful under the natural law.  All of us are giving the government too much authority to do us harm.  All of the wars have been caused by governments and in my view they are worthless.

The people in the government are corrupted, especially, the ones that advise on medical issues. People should be doing their own thinking and discovering the truth independently of the scientards.
It is perfectly natural to engage other people at close range if everyone is comfortable with it.  Socialist distancing is of no value and will not help deter any disease.  However, it is a good way to destroy what the real God created by twisting the minds of the population.  It is evil and it should be stopped.